You are here: Home / Blog / Maintenance / The benefits of resin shower trays

The benefits of resin shower trays 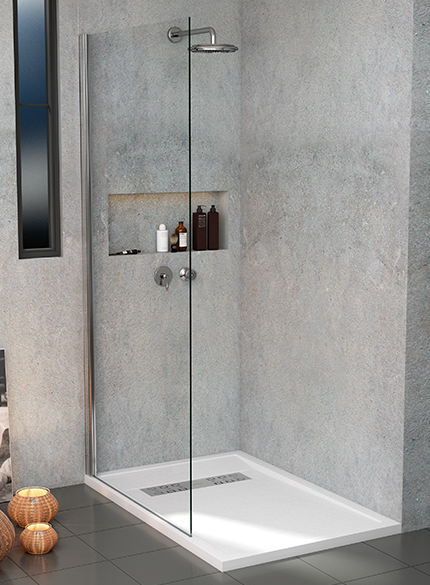 The resin shower tray is being imposed on all renovations and new works ahead of its competitors made of ceramic or acrylics. The integration of the shower tray valve stands out.

Moreover, it is much more resistant since it’s less likely to break if an object falls on it. Other advantages of the resin shower tray include how warm it feels compared to the cold sensation experienced with porcelain. Furthermore, its high level of antibacterial and anti-slip treatment offers you maximum safety when showering. The lower height of this tray type allows greater accessibility, especially for the elderly. Its material is easy to clean and, since they’re made to measure, you can adapt them to any bathroom, regardless of the presence of any pillars or angles.

On the market you’ll find hundreds of manufacturers with many shower tray models made from different materials. We recommend the Neo model for several reasons, especially since it has a shower tray drain valve that is far superior to its competitors. The BiDrainer water evacuation system allows twice the flow to be evacuated thanks to its double valve. In addition to this, it consists of one piece without inserts, is extra flat and is made to suit your required measurements so that you can install it anywhere. 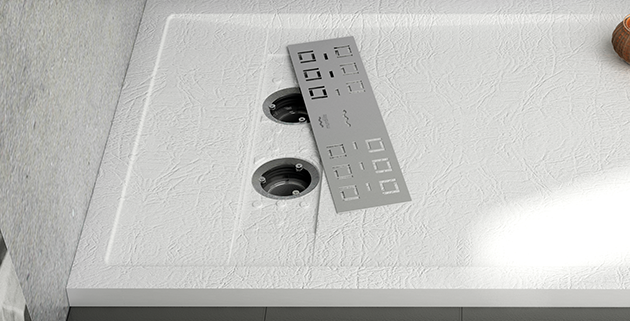 associated with shower trays disappear with this model thanks to its three-dimensional drain curve. Its surface is protected with the highest levels of antibacterial and anti-slip treatments so that you can shower with total peace of mind. The Neo model, in addition to eliminating the evacuation problem with its shower tray valve, has many benefits.